In July 2014, successful photography studio owners husband and wife team, Brendon and Sandra Moffatt suffered an unexpected loss of a crucial staff member. In any team this is tough, leaving others to pick up the slack during the busiest time of the year puts a massive strain on any well oiled machine. For those who are unaware, posing a newborn baby for those beautiful photographs you see flooding social media, is hands down the hardest part of the newborn photography profession. The genre had grown to become one of the largest worldwide and is even bigger today. At this point in time, the only way to train a new staff member to pose safely, monitor the baby’s cues confidently, and transition from one pose to another seamlessly avoiding waking the little one up was to do many “model call outs” and practice on real babies. Keep in mind these infants are usually only 3-10 days old and the poses are not like how they used to be. This process was not only dangerous for someone just starting out, but also had an extremely long and drawn out timeline usually taking 12 months or more to become competent. This doesn’t include the down time of another experienced staff member constantly assisting and guiding the way. Brendon’s previous 13 years in training and assessing was screaming for a better solution. Simulation was not an option as Sandra’s 2 years of research showed there was nothing remotely close on the market capable of replicating a sleeping infant’s limp weight and movements. As the saying goes “necessity is the mother of all inventions” and this is when the idea was conceived!  )

Both Sandra and Brendon (with no prior industrial design or manufacturing experience) set out to  develop the ultimate newborn posing and training aid. Their target was to design a tool for the newborn photography industry but could also be expanded into any other industries like Health and Education that also have been lacking a tool of this calibre. Allocating a personal budget of $30k and 6 months they set out to introduce a new level of safety in their industry by changing the way photographers learnt, evolved and created. In October 2014 (after being told the concept would be impossible by 2 other design firms) Sandra and Brendon engaged 2 very talented Industrial Designers from the Shape Labs team to implement their ideas and bring the project to life. The largest hurdle was discovered very early; the mannequin’s joints had to remain limp yet had to restrict movements at all the correct times which is quite the contradiction. This, along with all the usual minimum viable product management caused many sleepless nights. )

After an exhausting 14 months, many prototypes, several consultations with physiotherapists and leading industry leaders, plus an additional $190k personally invested by Sandra and Brendon, they had a design and 4 very close to production prototypes. Completely tapped for funds to pursue the design for manufacturing, tooling and manufacturing costs they turned to the newborn photography community through the crowdfunding platform Kickstarter. Over their 4 week intensive campaign (beginning in December 2015) the industry raised an enormous $231k, exceeding both stretch goals! Design for manufacturing began straight away and when all the changes had been made plus one or two speed bumps along the way were resolved Sandra and Brendon had stock being shipping to all the happy customers just before Christmas 2016.

The final StandInBaby® product was everything they had hoped for. The innovative duel ball joint allowed the limp loose movement with articulated restrictions at the right times, high quality materials, accurate weight distribution and a modular design to allow components to be swapped as industry specific modules become available in the future.

As of March 2018 the StandInBaby® mannequins have now made themselves home in 91 countries worldwide. Joining many other industries, simulated training now has a place in newborn photography where the safety of infants is now at the forefront and the positional training timeframe has been reduced from up to twelve months to just 2-3 weeks. StandInBaby® now allows each movement to be slowed down and repeated over and over until perfected. The ability to have a trainee at such a competent level before holding a real infant now frees up valuable concentration to monitor the little one’s cues keeping their well-being at the forefront. )

Current R&D continues to bring new elements and uses to the StandInBaby design.

So many amazing things still to come! 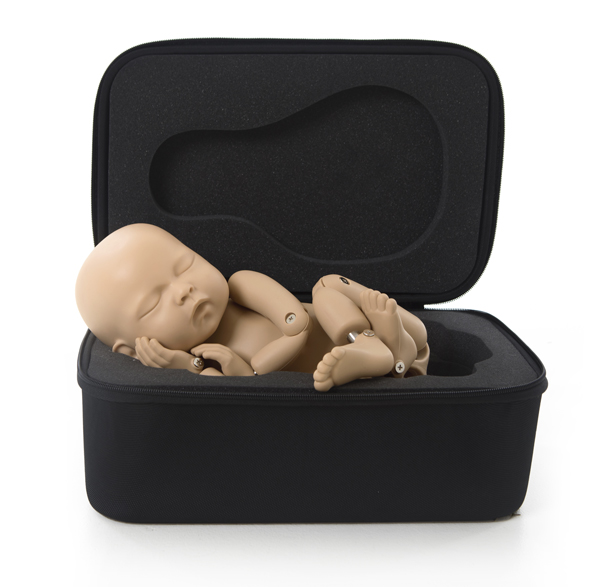 As photographers we aren't necessarily experts on newborns health, but working with newborns means that we should always have access to the latest information.

So in an effort to keep our littlest clients safe we have created a  Photorum (Photography Forum)  that connects Health Care Professionals directly with Newborn Photographers.